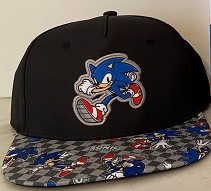 Kristoffer T. Romell, 32, of Sandusky passed away unexpectedly Monday, November 22, 2021, at his residence.

He was born August 17, 1989, in Norwalk and was a 2007 graduate of Sandusky High School. He has worked at Walmart and the Kalahari Resort in the past and for the last five plus years he has worked at Sam’s Club in Sandusky.

Kristoffer was an enormous gamer and was known as the Sonic Monkey King in the avatar world. He traveled to various Anime and Comic-Con conventions. He loved going to new movies, especially Marvel movies with his family. He enjoyed working at Ghostly Manor during the Halloween season. Kris was a Pittsburgh Steelers fan. He appreciated food and often amazed his family by his food consumption.

He was preceded in death by his maternal grandparents, Dr. Virgil and Carol Lambert, and his paternal grandmother, Bonnie Mowry.

Memorial contributions may be made to the family.

To send flowers to the family or plant a tree in memory of Kristoffer Thomas Romell, please visit our floral store.

In Care of the Family