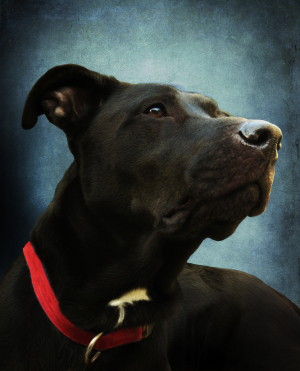 On Wednesday January 15th we lost Gordon Rowe, a loving father, the most wonderful husband I could have ever asked for, a best friend to me and so many others, a life counselor to all of us and just an all-around one of a kind and good natured human being. His sense of humor and uncanny way of sensing when things were going to happen helped us both get through life together. I could always count on him to keep my feet on the ground when I would otherwise be floating off into the clouds.

We raised three beautiful girls together and it was just so much fun, his girls were his pride and joy. They all have their Daddy’s sense of humor to help them through their own life journeys as well as so many good memories. I hope those memories of their father in better times will help them through this terribly difficult period and that they can focus on that rather than dwell on the negative. He would rather have seen us laugh than cry so let’s try to heal our pain through laughter. I know that’s not an easy thing to do but we still have each other.

He loved hanging out with his friends and helping people when they needed it, ever the generous soul that he was. He would always be there to listen when someone needed to talk and was very good at counselling and giving out advice. He especially enjoyed his meaningful conversations over way too many cups of coffee with his best friend Eric Jensen. He could joke around and laugh with his childhood friend Josh Paul no matter how many miles or years separated them. He loved chilling by the fire, smoking meats (and other things) and having a beer with friends. He enjoyed taking care of his bonsai trees and his little pond but not mowing the lawn and weeding, he hated that. If we could do it all over again, I’d have astro turf instead. He would sometimes spar with his good buddy Matt House late at night, sometimes with sticks or swords and I would have to clean up the aftermath, but they had fun so it’s all good. Just wasn’t a fan of the bb gun shooting in the house at 5 in the morning.

He was a loyal employee of S.B.K. Cleaning Service for well over a decade and his boss Johnnie Ellington was so much more than that to him. They could talk for hours and I think John was more of a father figure to him than employer. He did work that most would rather not, but he put his all into it and was incredibly dedicated to his job. Just like in most aspects of his life he will be impossible to replace.

We both loved animals and over the past 20+ years have had just about every kind of pet you can imagine. He especially loved our dog Kettles, she was our first doggie and would help him get up off the floor, cuddle with him, play fight and just be the most amazing friend. We all missed her terribly when she passed on a few years ago. I think if he can he’s up there right now playing fetch with her. I’m going to make sure he stays next to her here at the house.

He was preceded in death by his parents Sherry and Raymond Jefferson, younger brother Kenny Jefferson, Uncle Delbert and Uncle Barry.

Well, it sucks to try and sum up someone’s life in a few short paragraphs, but I hope I did him justice. Life is never going to be the same without him, but we will all heal with time and I’m sure he will find a way to keep on helping us if he can. I feel like we were all incredibly fortunate to have Gordon in our lives for however much time you may have had. Please leave stories or fond memories of him if you would like, no matter how inappropriate they may be. He would have loved that. I personally want to thank all of our friends and family for being so supportive during his difficult battle with cancer and during this time after his passing. Just know he loved all of you and will build a fire and have a beer with you in the afterlife as a thank you. Love you all.

No services at this time
Share a memory
© 2020 Pfeil Funeral Homes. All Rights Reserved. Funeral Home website by CFS