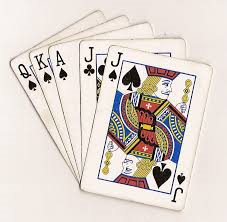 The Lord welcomed our loving Earl William Scheid into his open arms on Monday, June 15th, 2020 after his courageous health battles.

He was born February 3, 1931 in Monroeville, Ohio to William and Arineta (Bishop) Scheid.  Earl graduated from Monroeville High School (’49) and Tiffin University (’51) before being drafted by the US Army during the Korean War.

On February 11, 1961 Earl wed the love of his life, Virginia (Sue) Johnson.  He was anxiously looking forward to them celebrating their 60th anniversary next year with a large party.

He retired in 1996 after a long career with Foster Chevrolet in Sandusky.  Earl was very active as a member of St Paul Lutheran Church serving over 25 years as Treasurer as well as time on council, as a lector, and ushering.  He also assisted as a Treasurer for Serving our Seniors during special elections.  Earl was a current member of Zion Lutheran Church in Sandusky.

Earl was an avid sports fan following Cleveland sports teams, but his true love was Ohio State Football.  His favorite hobby was playing Euchre with family and friends but winning was the only option for him!  He and Sue played daily during her visits with him in the memory care unit at the VA in Sandusky.

Earl is survived by his wife Sue, and their son Gregory Paul (Tracy), Mason, Ohio along with his two grandchildren, Hannah and Matthew Scheid both of Mason.  He also survived by his brother Dale (Sharon) of Monroeville and sister Vera Beiler of Toledo as well as three sisters-in-law; Joyce (Alex) Christoff, Judy Emily, and Kim (Bill) Tracey.  He also leaves behind many nieces and nephews.

He was proceeded in death by his infant daughter, Jill Marie Scheid, his parents and brother, Melvin along with brothers-in-law John (Vera) Beiler and David (Judy) Emily.

In lieu of flowers, donations may be made to the Memory Care Unit, Ohio Veterans Home, Sandusky, Ohio or their charity of choice.

To plant a tree in memory of Earl William Scheid, please click here.