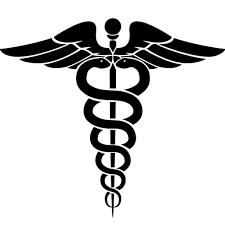 Marianne was born October 27, 1940 and was a graduate of St. Joseph Elementary School and Monroeville High School.  She received her nursing degree from St. Vincent's Hospital Nursing School in Toledo, Ohio.  Early in her nursing career, Marianne served her country as a nurse in the U.S. Air Force, and she was also a member of the medical recovery team for a Gemini space launch in Cape Canaveral, Florida. For many years prior to her retirement, she was employed as a surgical nurse in the middle Tennessee area. She enjoyed sewing, landscaping, cats and sharing her opinion.

Marianne’s greatest accomplishment in life was as a mother.  Anyone who knew her strength, smarts and sass can appreciate this inheritance she passed to her children and grandchildren.

Private family visitation and services will be held in the Pfeil Funeral Home, Monroeville Chapel, 109 Monroe Street, Monroeville. Fr. Ronald A. Schock will officiate. Burial will be in the St. Joseph Cemetery, Monroeville.

To send flowers to the family or plant a tree in memory of Marianne Ruth (Stang) Tullos, please visit our floral store.